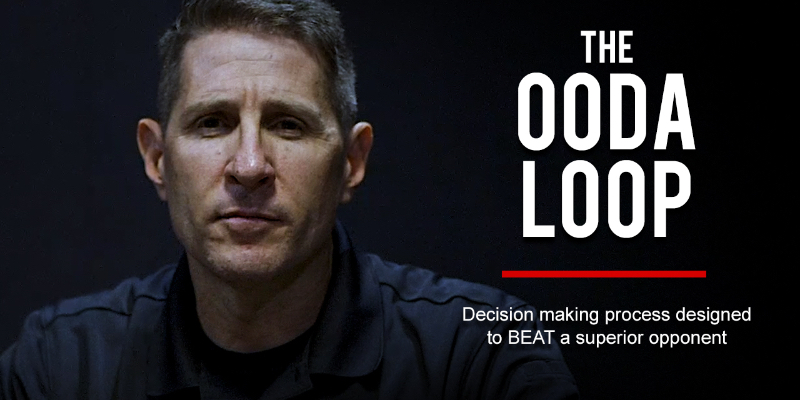 The OODA Loop is an analytical decision-making tool. It’s an acronym that stands for Observe, Orient, Decide, Act. This four-step process was developed by Colonel John Boyd, a fighter pilot in the 1950s. Colonel Boyd recognized that if he was going outperform the enemy who had better fighter jets, he had to improve his decision-making process. And he called that process the OODA Loop.

This course explains that this process isn’t just four steps, and it’s not sequential. It’s a loop, and as you’re moving from step to step, you’re feeding information back to the beginning in a constant cycle. While this loop is occurring, you’re constantly gathering information, making decisions, taking actions, evaluating and adjusting those actions, with the end goal of constantly improving your advantage over your competition and getting better yourself over time. The OODA Loop is a tool for taking ownership of your environment. As a leader, you need to make decisions, and you need to take action.